Giant Ice Volcano Identified on Pluto, not only planet Earth has icebergs. Recently a number of scientists managed to identify a giant iceberg which is also an active volcano on the “dwarf” planet Pluto.

The scientists published their findings in the journal Nature Communications on Tuesday (29/3/2022). They made observations by analyzing images taken by NASA’s New Horizons spacecraft. 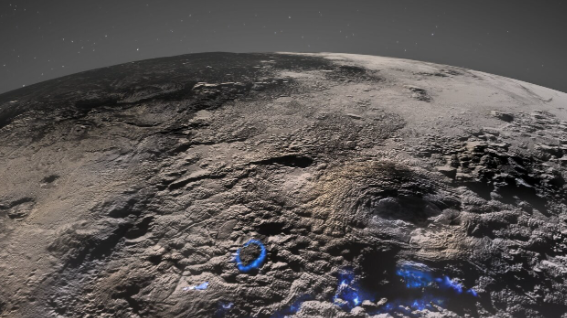 Giant Ice Volcano on Pluto, Here’s What It Looks Like

The study’s author and planetary scientist at Colorado’s Southwest Research Institute, Kelsi Singer explained that instead of shooting lava into the air, Pluto’s giant icy volcanoes eject a mixture of water ice that is thicker and more liquid or perhaps even denser flows like a glacier.

“Features on Pluto are the only vast areas of very large ice volcanoes and they have a unique undulating terrain texture,” he explained .

Singer said it was difficult to pinpoint exactly when icy volcanoes formed.

“But we believe they could be as young as a few hundred million years or even younger,” he explained.

Unlike much of Pluto’s region, the iceberg does not have an impact crater.

“(Which means) you can’t rule out that it’s still in the process of forming even today,” he concluded.